“This is waterfront living... the way it was meant to be.”

“Our family has been doing this for 100 years.”Bradley Deckelbaum is the 4th generation of a family of developers who collectively have been developing residential, commercial and retail properties for over 100 years.The family business started when Bradley’s great grandfather Louis arrived in the United States in the early 1900’s, and began building homes and small apartment buildings in Staten Island. He relocated to Montreal during the depression where he developed a reputation as a “hands on” builder known for quality and integrity.  In 1946, Louis’ son Moe joined the business, which grew to include high-rise apartment buildings and large-scale commercial and industrial complexes. In 1971, Moe’s son Gordon joined the family business, now focused almost entirely on residential development.In the late 1970’s Gordon and Moe relocated to South Florida, where they directed their efforts to the luxury condominium market, building a reputation always focused on how the purchaser lives in the community, the building and his own private home.After several years at a New York law firm, Gordon’s son Bradley joined in 2002, adding a sensitivity to a broader market and new dimensions to the development concepts.In Florida, the family has now developed over 2000 homes and condominiums with a value in excess of $800 million. Premier Developers. 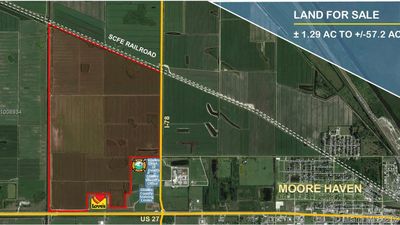 For ADA assistance, please email compliance@placester.com. If you experience difficulty in accessing any part of this website, email us, and we will work with you to provide the information.

Sign Up
Already a User? Sign In
You have been successfully registered
Please check your email.
Go to the homepage
Sorry something went wrong
Please try again.
Try again

In order to log in to your account, you need to confirm your email address. Please check your inbox!
Go to the homepage